People want justice. They demanded that Derek chauvin be punished for killing George Floyd. They wanted Harvey Weinstein go to jail for sexually assaulting Jessica Mann and Miriam Haleyi. And they wanted the Sackler family, as owners of OxyContin producer Purdue Pharma, to deal with the consequences of their role in the opioid epidemic.

After every injustice, we want those responsible to bear the consequences of their actions, and rightly so: the bad actors must be held accountable.

Preventive justice is uncomfortable. It makes us look beyond our feelings of retribution. It forces us to try to understand what may not be understandable.

Our legal system is designed around punishment by offering a set of rules and procedures for assigning responsibility and liability for harmful behavior. But, as the existence of the #MeToo and Black Lives Matter movements has made clear, punitive laws neither deter crime nor truly do justice.

In reality, we have a very limited sense of justice. Popular and legal conceptions of justice tend to linger on the past, with the main objective being to ensure that those who have harmed others suffer the consequences of their actions.

True justice does not look only at the past; it also focuses on the future. It is not only about reacting to past harms, but also about preventing future harms and victimization.

We need to establish preventive justice in our legal system. And in order to do that, we also need to learn what conditions cause certain types of crimes and how we can prevent these crimes from happening again.

This requires fundamentally different expertise and skills from those currently present in our legal system. Lawyers are experts in understanding the rules and procedures for assigning liability for injury. But they know next to nothing about the root causes of criminal behavior and how to address it.

The good news is that science is on our side. And his discoveries are quite revolutionary. For most wrongdoing, stronger punishment alone will not help. Rather than punishment, behavior is motivated more by people’s intrinsic motivations, the way they respond to others, theirs moral and how they see the legitimacy of the legal system.

Another fundamental conclusion is that the situation people find themselves in matters. Criminal behavior is much more likely when people do not have socio-economic opportunities or when they have limited self-control.

There are strong examples of where preventive justice has worked. Cincinnati changed its policies and used a holistic and preventative approach that combined punishment, job support and community pressure. The homicide rate involving gang members in the city has fallen by as much as 41% in three and a half years.

Another successful approach is the so-called situational crime prevention strategy. Rather than focusing on determining the right punishment, the main goal is to make the damaging behavior more difficult. Speed ​​bumps are a great example, as they make speeding physically impossible, without the need for traffic police or threats of punishment. Or think about how the UK authorities decided to design unbreakable beer glasses to reduce injuries caused by glasses, situations where drunk customers use shards of broken beer glass as weapons in bar brawls.

Preventive justice is uncomfortable. It makes us look beyond our feelings of retribution. It forces us to try to understand what may not be understandable. And that will mean that we need to rethink and fundamentally reform our legal system.

But to truly prevent the next police brutality, the next sexual assault, and the next devastating corporate scandal, it’s just small sacrifices.

This column was produced for The Progressive magazine and distributed by Tribune News Service.

Adam Fine is an assistant professor of criminology and criminal justice at Arizona State University. He is co-author of the forthcoming book The Behavioral Code: The Hidden Ways the Law Makes Us Better or Worse. 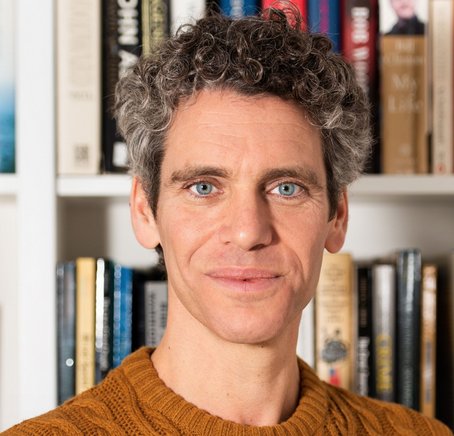 Benjamin van Rooij is Professor of Law in Law and Society at the University of Amsterdam and the University of California at Irvine. He is co-author of the forthcoming book The Behavioral Code: The Hidden Ways the Law Makes Us Better or Worse.